A breathtaking island nation with two identities – the ultra-modern and the charmingly traditional – a luxury yacht cruise in Japan allows you to see both sides of the story.

Explore some 7,000 glorious islands, each offering incredible scenery, from snow-capped peaks to pastel pink cherry blossoms. Sample exquisite cuisines, with restaurants proudly presenting their own speciality dishes developed over generations. With more Michelin stars in Tokyo alone, than Paris, London and New York combined, Japan is a foodies delight! Wherever you go you will be welcomed by friendly locals, who will be happy to chat about everything from the country’s best ski spots – such as the Rusutsu Resort in Hokkaido – to the ancient traditions that are still practised in some communities today.

Cruising on a yacht in Japan is a unique chance to explore this beautiful country as a pioneer, and with its popularity already on the rise, now is the time to visit one of the safest countries on earth. Prepare to uncover an enthralling and exquisitely different side of Asia.

What kind of experiences are there to enjoy on a luxury yacht cruise in Japan?

In the Yaeyama Archipelago island of Ishigaki, travel by tender to Kabira Bay, where the colour of the sea changes with the sun and at low tide the rare blue coral reef can be spotted. Admire the exquisite Black Pearls that are cultivated here. Scubadive the crystal-clear waters, witnessing the giant manta rays at play. As evening comes, head ashore to take in the lively island atmosphere of this holiday town, wandering Japanese handicraft stores and enjoying the casual eateries offering exceptional cuisine.

Okinawa abounds with UNESCO World Heritage sites. Tour the Shikinaen Royal Gardens, a throwback to the old Kingdom of Ryukyu. Soak up the stunning flora and beautiful architecture as you stroll around these peaceful Japanese gardens. Visit the castle ruins of Nakijin, the former residence of the Hokuzan lords, which was constructed before the birth of the Ryukyu Kingdom. In the North of Okinawa visit the modern aquarium, home to 21,000  different sea creatures.

An unmissable spot when you cruise on a yacht in Japan is Suwanose, one of the most active volcanoes in the world. Erupting almost daily, an after-dark cruise will allow for an awe-inspiring light show watching the eruptions from the sea. As day breaks, there are opportunities for the adventurous to head ashore and climb parts of the volcano with experienced guides.

Step off the yacht from downtown Kobe straight into the bustle of Chinatown, or amble around the port adventure parks, shopping malls and exciting alleyways with secret restaurants and bars. Enjoy a day trip by land to the ancient city of Kyoto, one of Japan’s former capitals. Here you will visit the famous Golden Temple, the Gion Geisha District and Kiyomizu Temple on the hill overlooking the city. In the evening have dinner with traditional entertainment in Kyoto (singing, dancing and music) with a Geisha; or in Kobe dine at one of the many famous Kobe Beef restaurants, before heading to the top of Rokko Mountain to take in the breathtaking views of Kansai and the whole of Osaka Bay. A luxury yacht cruise in Japan promises all this and so much more. 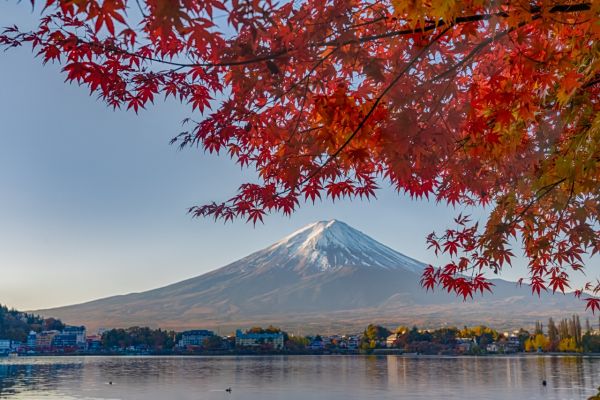 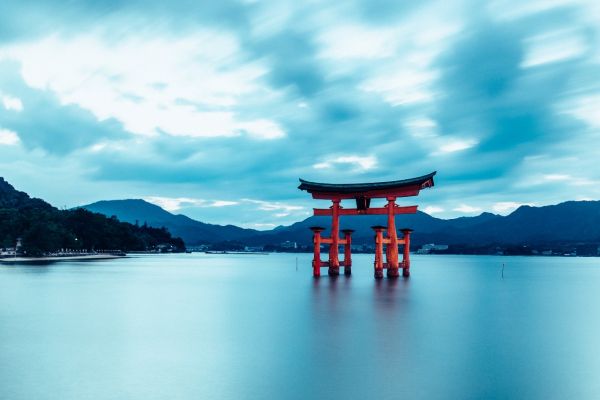 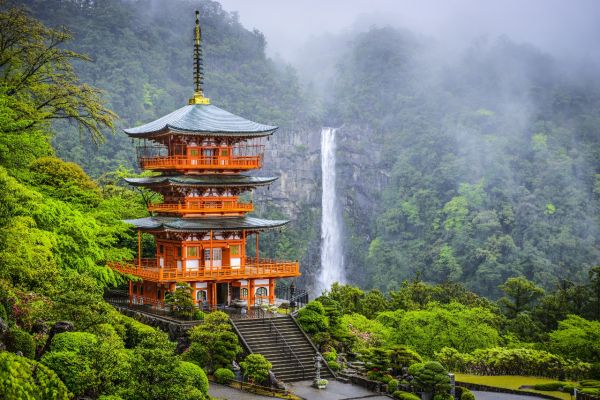 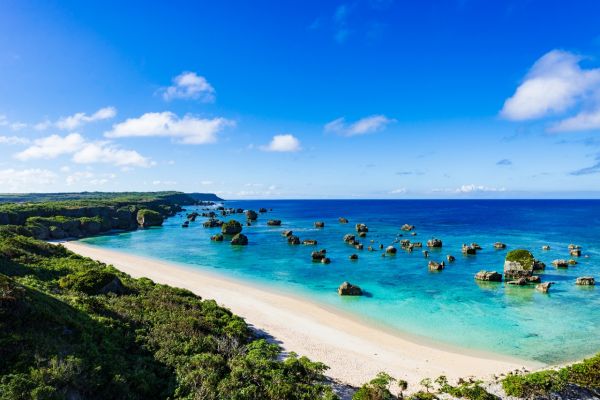 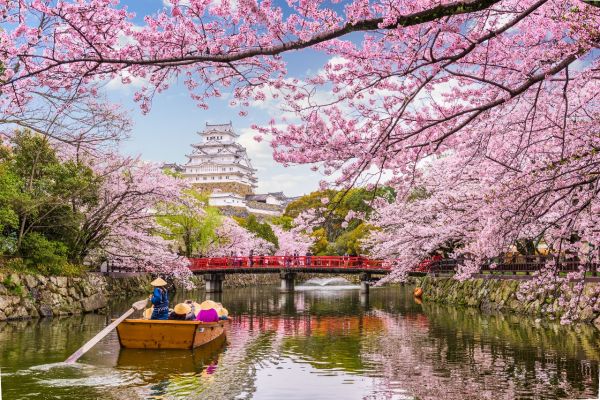 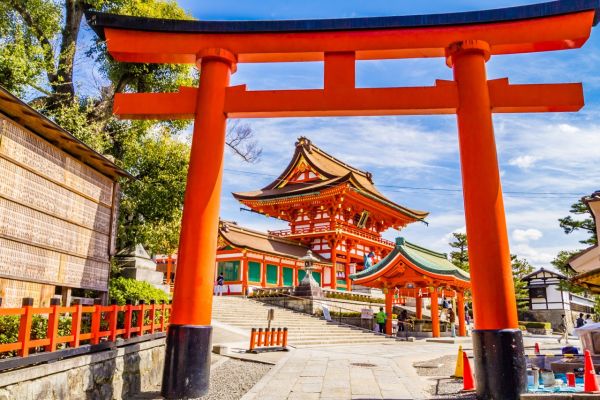 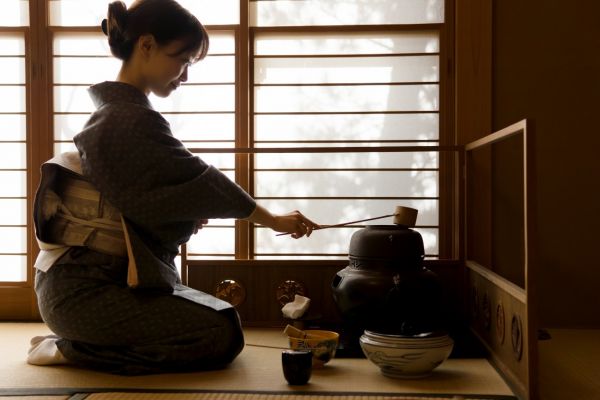 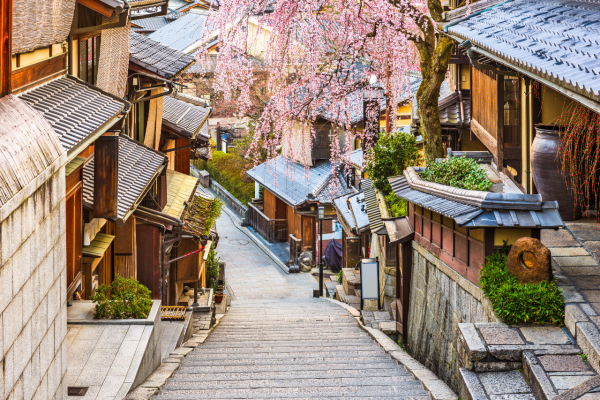 Where can you visit on a yacht cruise in Japan?

Cruise on a yacht in Japan to discover so many potential itineraries, each with something to please everyone. Join the yacht in Ishigaki, travelling through a range of incredible islands offering a blend of wildlife, scenery, and cultural experiences before ending in Kagoshima. Step aboard in the bustling city of Fukuoka, working your way through historic Omuta, rural Uwajima, humbling Hiroshima and more, disembarking at Himeji. Wherever you wish to explore, and however long you wish your trip to be, we can craft the perfect adventure.

When is the best time to cruise on a yacht in Japan?

With 3,000 km separating North to South, the most popular time to visit Japan differs depending on where in the country you want to go, with weather patterns varying enormously. However, generally, Spring (March to June) Summer (July to September) and Autumn (from October to late November) are the preferred times to visit, with Spring bringing beautiful and world-famous cherry blossoms. Winter cruising (December through February) in the far South is also a delight, bringing balmy weather in the mid-20s (°C), while a quick flight takes you North for a day or two’s skiing before heading back to the yacht anchored by the beach.

Rainfall is most prevalent, but also welcome, in the early Summer, thanks to the humid climate which sees daily average temperatures of around 24.5 °C (76 °F) in northern Honshu and 27 °C (81 °F) in the Tokyo area. July is a great month for swimming along the coast not far from Tokyo, with ocean waters warming up to a pleasant 24°C (75.2°F).

What are the major yachting ports in Japan?

Despite being relatively undiscovered by the yachting community, Japan already has a fairly good selection of superyacht ports, harbours and marinas, and this selection is only growing in response to the country’s heightened popularity.

Many superyachts are also booking berths in Yokohama’s new superyacht hub of HamaHead marina, which can accept any size yacht. Conveniently situated close to Minatomirai Central Business District, shops, restaurants and transport are just a few metres from the yacht, while a quick drive takes you into the centre of Tokyo.

Shin Nishinomiya Harbour and Ashiya Marina in Hyogo, still on the main island of Honshu but over to the West, are both large harbours in Japan, able to accommodate a variety of vessels ranging up to 60m. Meanwhile Kobe Port, also in Hyogo, offers an impressive maximum length of 250m. Kobe Port is the main cruise ship port for central Japan, but is also able to accommodate superyachts on pristine docks. Just around the bay in Osaka, Kitahato Marina offers good transport links on the mainland for yachts up to 45m, while Fukuoka has dockage for up to 95m and Nagasaki dockage for over 200m.

When cruising away from the main islands, those on a luxury yacht cruise in Japan tend to spend most of their time in the many stunning and sheltered anchorages, with easy tender runs into local villages, ports and towns to experience the charming local side of Japan.

Selection of available Yachts in Japan

YACHTZOO prides itself on privacy and trust for our charter clients. Booking a yacht cruise in Japan is no different. With the help of YACHTZOO’s dedicated charter broker specialists in Japan, you can choose between the highest quality superyachts, a choice of itineraries and the best rates available.

Luxury Yacht Charter Destinations in Asia and the Indian Ocean