The 6,000 islands offer a stunning setting in which to enjoy a private yacht charter in Greece. From natural wonders and archaeological sites to vibrant party towns and a unique culture, there is a diverse mix to enjoy on a luxury yacht rental in Greece.

Think bright azure water, white-walled fishing villages and dramatic rocky coastlines that are the backdrop to towns like Mykonos, Santorini and Paros.

There is an increasing number of possibilities to rent a yacht in Greece, offering guests an opportunity to sample the excellent food, a burgeoning wine industry and a surge in luxury resorts and spas offering a range of wellness treatments.

Greece can roughly be divided up into a number of island groups, each with different attractions and activities to offer the whole family while on a luxury Greece yacht charter, whether you enjoy fun on the water or day trips ashore. These island groups include the Ionian Islands, the Cyclades, the Saronic Gulf Islands, the Sporades and the Dodecanese.

What kind of experiences are there to enjoy on a private yacht charter in Greece?

A luxury Greece yacht hire is never boring! The Ionian Islands – including Corfu, Paxos, Lefkas, Ithaka, Kefalonia and Zakynthos – have a cooler and lusher climate than other parts of Greece, and were historically occupied by the Venetians, French and British, so offer a rich melting pot of culture, cuisine and architecture. Hike among olive groves and try your hand at olive picking and making your own oil. Tour an ancient harbour town and taste the unique local delicacies. For the more active on board your luxury Greece yacht rental, Lefkas has a growing reputation as a challenging and rewarding hotspot for advanced kite surfers.

The Cyclades – including Andros, Mykonos, Kea, Tinos, Santorini, Kynthos, Delos and Naxos – offer white-sand beaches, striking architecture and a varied pace of living, from sleepy fishing towns to the glitzy nightclubs of Mykonos. Delos, an uninhabited island in the middle of the archipelago, is a historical World Heritage Site worth a tour. If you are feeling energetic, hike up the vertiginous cliffs of Santorini to spectacular views and photogenic houses shaped like bright white sugar cubes with sky-blue rooftops. The island is also a popular spot for wine tasting and tours. The dive site at Dragonisi Island Caverns off the south-east coast of Mykonos is a haven for scuba divers looking to observe some of the local aquatic wildlife.

The Saronic Gulf Islands – including Aegina, Poros, Hydra, Spetses and Agistri – are close to capital city Athens and deliver ancient ruins and lively beach towns alongside peaceful hidden bays. The forested hinterland of Poros is a great spot for activities like hiking and cycling.

The 24 islands of the Sporades in the north-west of the Aegean Sea include Skiathos, Skopelos, Alonnisos and Skyros. Nature is in abundance for those who enjoy getting out onto and into the water, with dolphins and Mediterranean monk seals making their home in the marine park by Alonnisos.

The Dodecanese is known for its Byzantine churches, ancient archaeological sites and medieval castles, thanks to its proximity to western Asia. Including Rhodes, Kos, Symi, Nisyros and Kalymnos, the Dodecanese has a longstanding maritime trading tradition and rich cultural medley which is worth experiencing while on a Greece yacht rental. The active volcano on Nisyros is a popular spot for hiking and touring, while the rock climbing in Kalymnos is a highlight for many. Rhodes is steeped in history, with its Street of Knights and Palace of the Grand Masters. 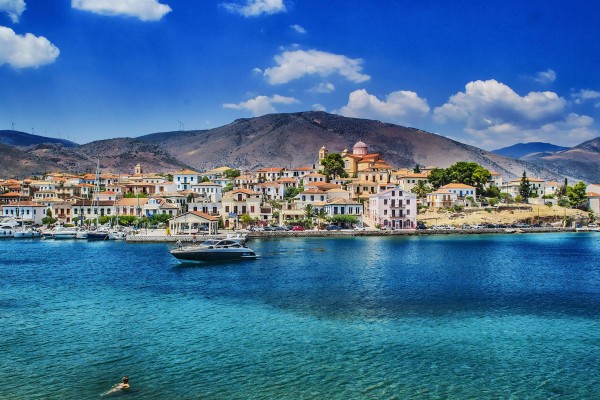 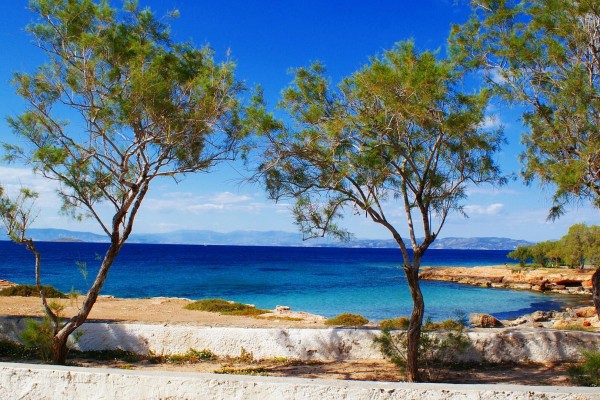 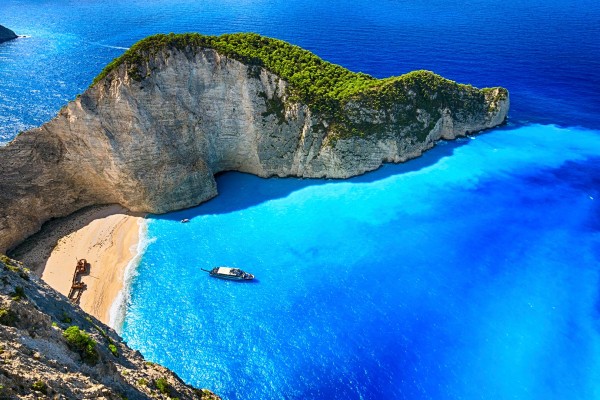 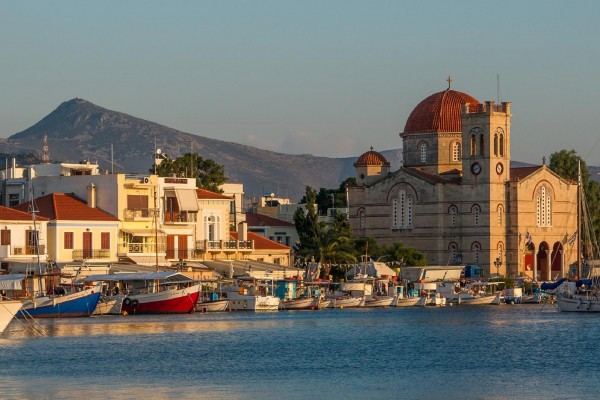 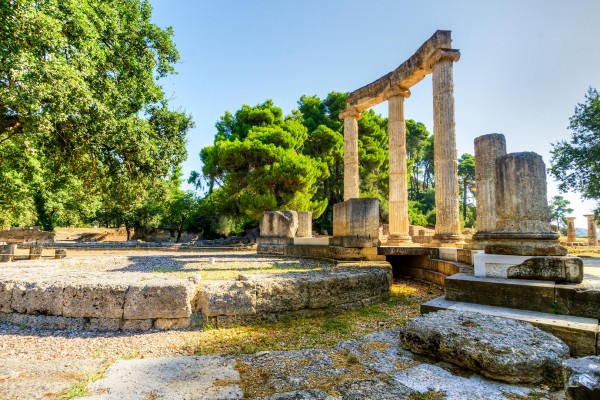 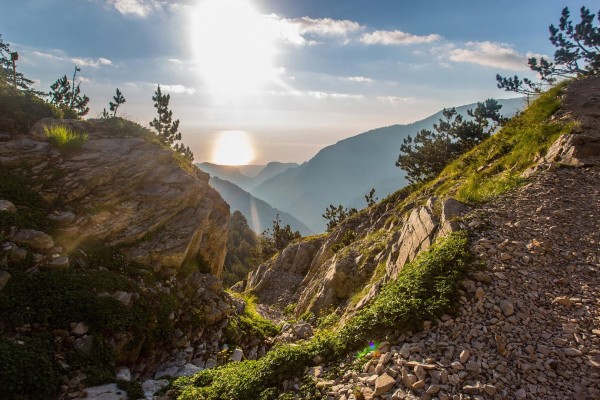 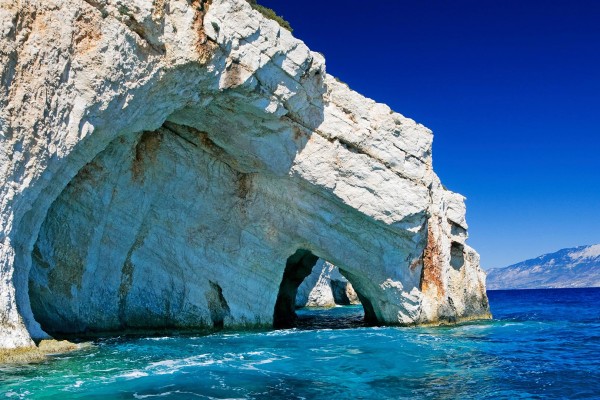 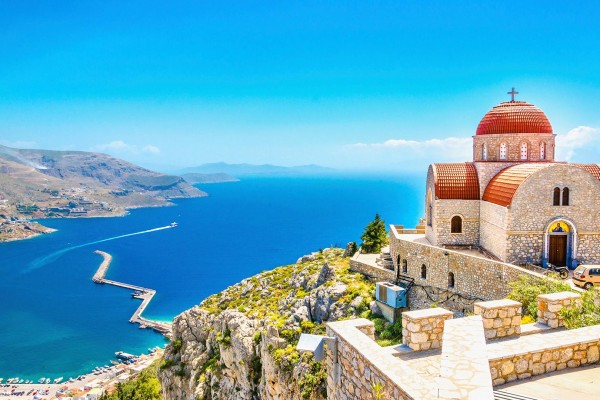 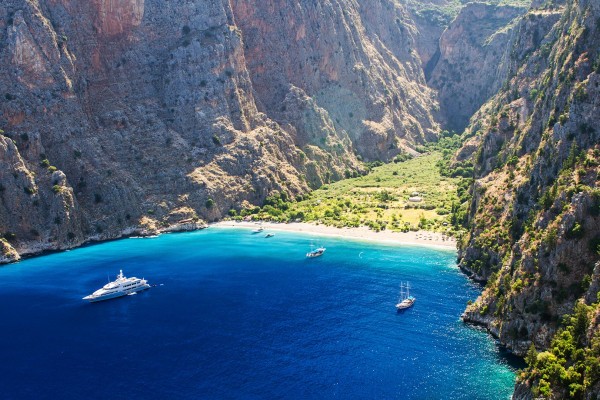 When is the best time to enjoy a yacht rental in Greece?

The ideal time to embark on your yacht holiday in Greece is between May and September, although the weather and water can still be warm enough in October. Although it is spread out as a country, with island group microclimates, average temperatures in Greece range between highs of approximately 25C (77F) in May to 34C (93F) in August. The sea temperature in June is usually around 22C (72F), peaking at 25C (77F) in August.

Where can you visit on a private Greece yacht charter?

With thousands of islands to explore, both inhabited and uninhabited, a luxury Greece boat rental offers a range of experiences to suit all tastes and paces. Although the main international transport hub is in Athens, Greece has numerous archipelagos to explore, including the Ionian Islands to the west, the Cyclades – perhaps the country’s most famous archipelago, the Saronic Gulf Islands, the Sporades and the Dodecanese.

What are the major yachting ports in Greece?

Some of Greece’s most famous spots to visit on a superyacht include Mykonos, Kos, Santorini, Rhodes, Corfu and Crete. You may find yourself at anchor for much of your Greece yacht hire, but there are also a growing number of marinas capable of catering to superyachts.

YACHTZOO prides itself on privacy and trust for our charter clients. Booking a yacht charter in Greece is no exception. With the help of YACHTZOO’s dedicated Greece yacht charter broker specialists, you can choose between the highest quality superyachts, a choice of itineraries and the best rates available.