Set at the heart of the Adriatic, Croatia is growing in popularity as the destination of choice for many, making a luxury yacht charter in Croatia the perfect holiday getaway for those looking to discover this stunning location.

Often included in a wider itinerary taking in Montenegro to the south and Venice to the north, Croatia is the perfect addition to any luxury yacht charter in the Mediterranean. The picturesque coastline is dotted with ancient walled cities and idyllic bays in which to drop anchor. Cruise along the 2,000km of coastline during your luxury Croatia yacht rental and hop between multiple islands, of which there are more than 1,000. The pace of life is gentle and slow, with a fascinating cultural mix and abundant natural beauty, with remote island beaches that will have you believe you have been transported to the Caribbean.

The Dalmatia region to the south of Croatia has a rugged and mountainous landscape with rocky, dove-grey cliffs and green-blue waters interspersed with ancient trading ports.

To the north, as you move closer to the border with Italy, where you will discover a cultivated ambiance with cultural and historical influence from the neighbouring country. The Kvarner Gulf in central Croatia combines many of the attractions in the south with those of the north; the busy port city of Rijeka has a distinct buzz and more modern vibe while the islands to the south are more sparsely populated and undeveloped.

What kind of experiences are there to enjoy on a luxury yacht charter in Croatia?

George Bernard Shaw, said: “Those who seek paradise on earth should come to Dubrovnik.” The old fortified town, which dates back to the 7th century, is charming and the perfect place to watch the world go by. There is a wide variety of shops, restaurants and quaint cobbled alleyways to explore. Each year, a popular classical music festival comes to Dubrovnik in the summer, with alfresco performances.

Take a trip in the cable car up to Mount Srd, in the hills behind Dubrovnik, to enjoy panoramic views of the stunning coastline. The natural beauty of the Elaphite Islands near Dubrovnik is unmatched. There are no cars, few people and lush green interiors surrounded by white sand beaches. Most of the islands are uninhabited and cruising yachts can make the most of this peaceful paradise as land-locked tourists are restricted to visiting by ferry timetables.

Volosko is a small fishing village that has become the epicentre of Croatian gastronomy, although it remains less touristy than other towns along the coast. A selection of the Adriatic’s finest restaurants are packed into the village with plenty of seafood and local produce appearing on the menus.

Istria is growing in popularity as a destination for those on a luxury yacht charters in Croatia, but still remains a quieter alternative to Dubrovnik with its increasing stream of visitors. The Roman port town of Pula dates back to 46BC, with many fascinating ruins open for tours. The gladiatorial amphitheatre is now a cultural centre, as the setting for open-air concerts throughout the summer season. Take in Pula’s Art Nouveau covered market and see locals go about their daily shopping chores, or wander the ancient streets before taking a coffee in the main square overlooking the former Roman Forum and Temple of Augustus.

Split, a coastal city built on the ruins of a third-century Roman palace, is a bustling hive of activity on the otherwise peaceful Southern Dalmatian coast. The second largest city in Croatia, Split is renowned for its café culture and profusion of historical sites from Roman, Venetian and Austrian occupation over the centuries. Take a trip to the famous luminescent Blue Cave on the island of Bisevo, anchoring nearby the night before to enjoy this natural wonder before the tourist hordes arrive. 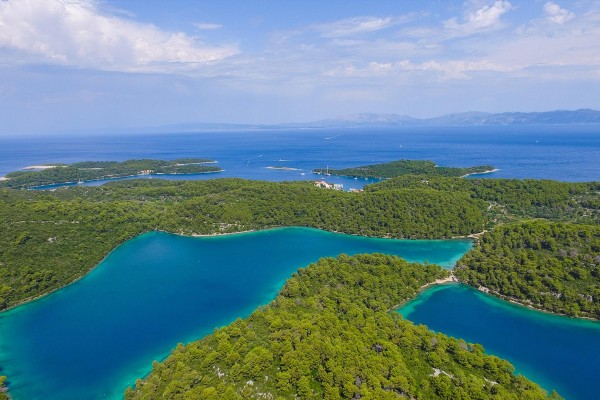 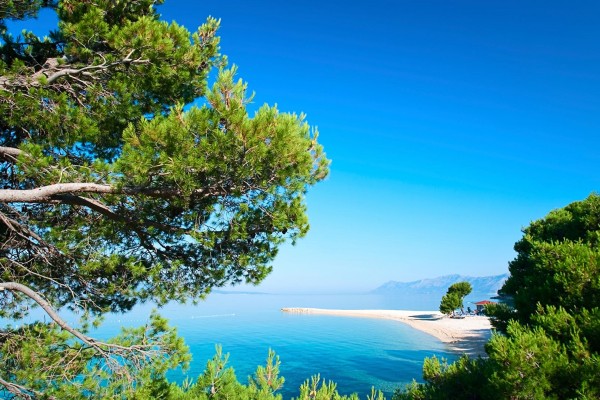 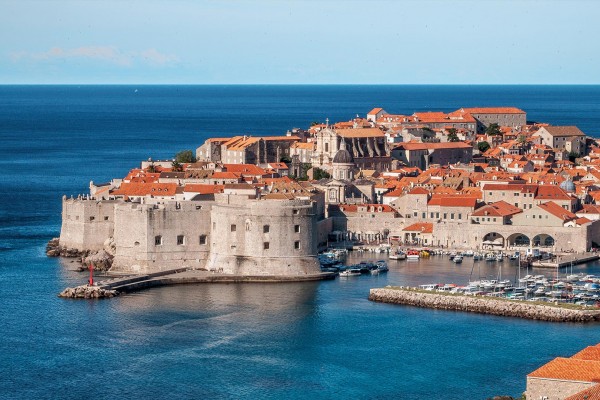 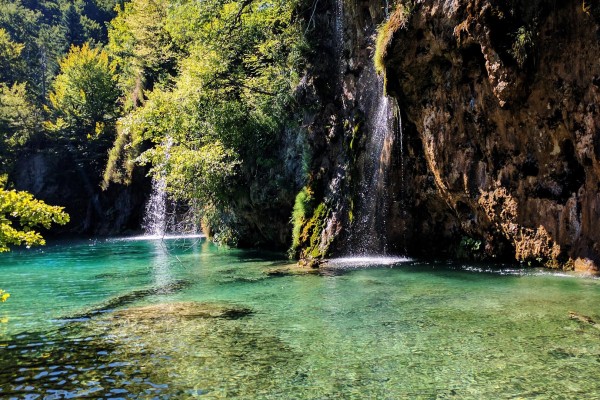 When is the best time for a Croatia yacht rental?

The main yacht charter season in Croatia falls between June and October. Average temperatures in Croatia range between highs of approximately 26C (79F) in June to 29C (84F) in August. The sea temperature in June is usually around 22C (72F), peaking to 25C (77F) in August.

Where can you visit on a luxury Croatia yacht charter?

Croatia’s coastline is beautifully laid out for a varied but relaxing superyacht charter, with over 1,000 islands to visit and a number of fascinating and historically important cities to take in. Istria in the north is a great place to take in cultural highlights such as music festivals and the city’s ancient Roman ruins.

Dubrovnik is Croatia’s busiest coastal city, with increasing numbers of tourists flocking to the fortified port; avoiding the crowds by visiting on a superyacht gives guests the opportunity to dip in and out of the action without being overwhelmed.

Split to the south is a bustling city in the otherwise more remote region of Dalmatia to the south of Croatia. Take your luxury yacht into the port to experience the unique cultural mix left by centuries of foreign rule, then hoist the anchors and head out to the quieter neighbouring islands for some relaxation time, or south towards the stunning Bay of Kotor near the border with Montenegro.

What are the major yachting ports in Croatia?

YACHTZOO prides itself on privacy and trust for our charter clients. Booking a yacht charter in Croatia is no different. With the help of YACHTZOO’s dedicated Croatia yacht charter broker specialists, you can choose between the highest quality superyachts, a choice of itineraries and the best rates available.