A warm culture and fantastic weather await those who embark on a luxury yacht charter in Turkey. The picturesque landscape of Medieval towns, secluded bays and lush green hillsides are the perfect setting for a cruise from Bodrum to Marmaris, taking in the islands and attractions of the Fethiye Bay along the way.

The Turquoise Riviera has been a cultural crossroads for various empires over the centuries, with an important emphasis on maritime trading, meaning it offers a rich tapestry of attractions to explore from the comfort of a luxury yacht charter.

Combine activities and adventures ashore with relaxed walks through historical port towns and gin-clear waters that are perfect for water sports enthusiasts both above and below the waterline. 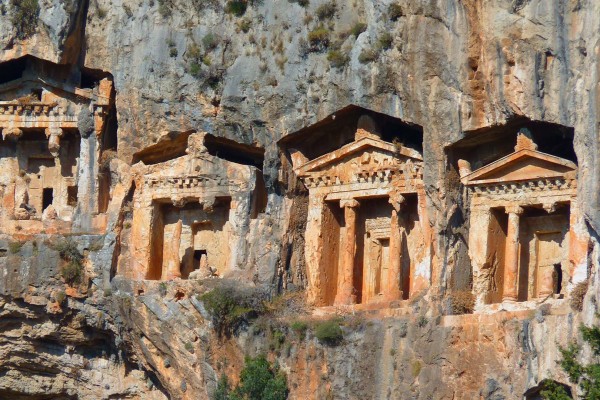 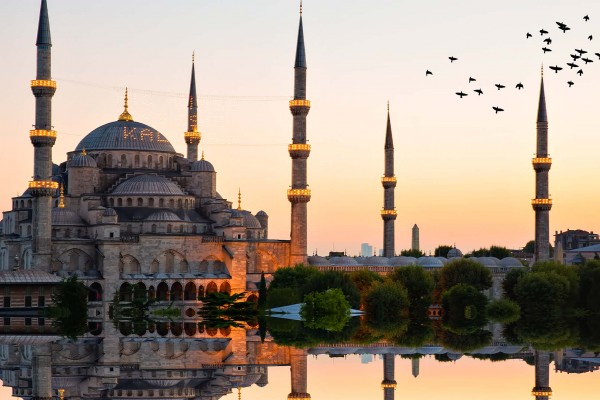 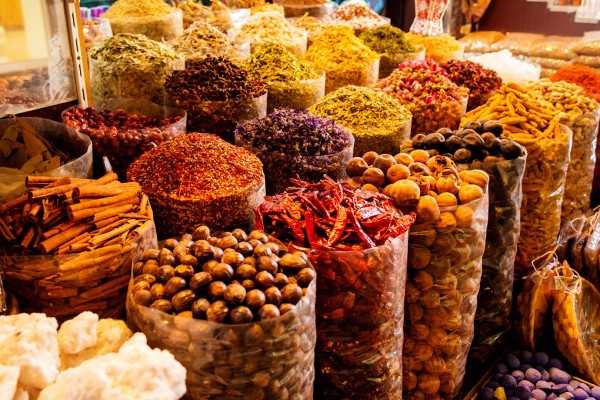 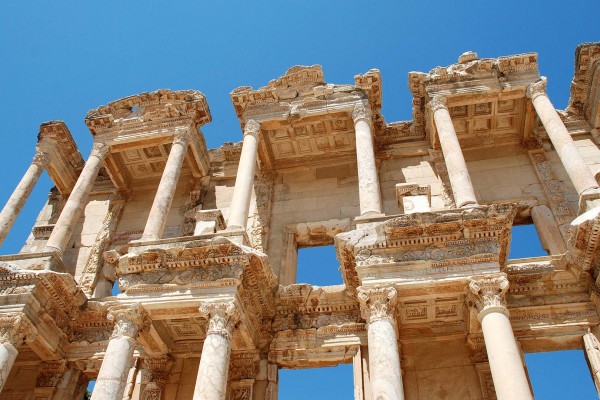 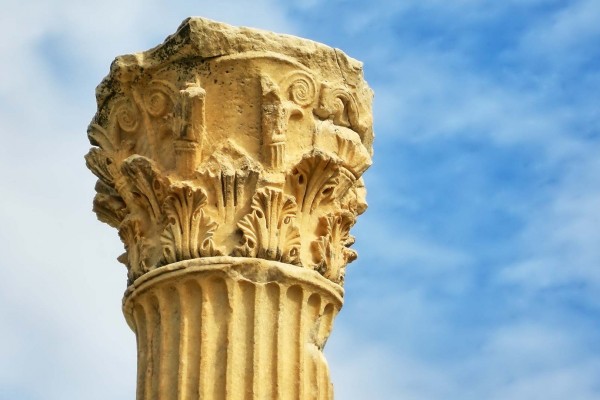 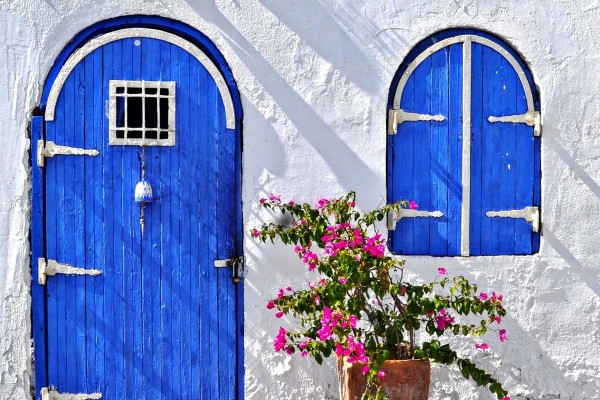 What kind of experiences are there to enjoy on a luxury yacht charter in Turkey?

The country benefits from an abundance of archaeological sites and historical cities that are ripe for exploration on your luxury yacht charter in Turkey. To immerse yourself in the local culture, consider trying an authentic Turkish cookery class onboard or ashore, or indulge in a traditional Turkish hammam experience.

Scuba diving and snorkelling tend to be popular activities amongst those who rent a yacht in Turkey, both to see historic wrecks as well as the natural marine wildlife. Those who prefer to stay above the water’s surface can take to sea kayaks or stand-up paddleboards while exploring the secluded bays and coves the coastline have to offer.

The Medieval fortress town of Bodrum near the Greek island of Kos has an architectural influence from the Cretans, many of whom migrated to the town in the 1920s. Imagine whitewashed houses with cobalt-blue accents, colourful bougainvillea and blazing mid-summer sun. Visit the town’s ancient theatre, archaeological and maritime museums, and Crusade-era castle before enjoying a sundowner in one of the many cafés found in Bodrum’s port.

Visit the ancient city of Ephesus to the north of Bodrum, perhaps by helicopter for a more exciting view en route, to see its sprawling Greek-era ruins. Built in the 10th century BC, the city thrived under the rule of the Roman Republic some 800 years later. As one of the seven churches of Asia from the Bible’s Book of Revelation, it is thought that the Gospel of John may have been written here.

Cleopatra’s Baths in Hamam Bay, within the larger Fethiye Bay region, are only accessible by boat. It is said that Cleopatra herself used this natural cove with its pools of light emerald water to bathe in, and today it is popular for snorkelling as well as exploration ashore. Alternatively, tour the Twelve Islands of Fethiye Bay, with their rugged, forested landscapes, numerous coves and secluded inlets, or try a scuba expedition to some of the local ruins.

On the mainland, hike in the crater lake near the baths or further afield to the remains of the ancient city of Lydae, with its ruins of the mausoleum, temple walls, Corinthian columns and Roman and Byzantine inscribed tablets. Those with a head for heights can try paragliding from Mount Babadag, a short trip inland from Fethiye Bay, which is becoming a popular activity and an excellent way to see the coastal landscape from up above.

The town of Dalyan, inland from the Bay of Ekincik, offers the chance to immerse yourself in local history and colourful architecture; head away from main streets to experience a more authentic take on the sleepy riverside culture. On a day trip down the Dalyan River, you will find a fascinating archaeological site at Kaunos: six tombs sculpted out of a cliff face, the largest of which was never completed. As an alternative to the archaeological attractions ashore, a visit to Dalyan’s local sea turtle research and rescue centre will be a hit with children in the group.

When is the best time to rent a yacht in Turkey?

The best time for a luxury yacht charter in Turkey falls between May and September however, some choose to rent a yacht in Turkey during October when the weather and water can still be warm. Average temperatures in Bodrum, Turkey range between highs of approximately 26C (79F) in May to 34C (93F) in August. The sea temperature in June is usually around 23C (73F), peaking to 26C (79F) in August.

Where can you visit on a luxury yacht charter in Turkey?

Bodrum is a popular port of embarkation, and many itineraries take in the islands and small coastal towns en route to the Fethiye Bay further south before dropping off in the buzzing resort town of Marmaris.

The inland town of Dalyan is accessible by boat and makes for an interesting day trip up the Dalyan River.

The coastal town of Gocek within the Gocek Bay is less developed than some other nearby resort towns and is also the site of an annual regatta, which secures its place among the yachting crowd.

There are many beautiful small and sparsely populated or uninhabited islands to explore along the Turquoise Riviera during a vacation onboard a luxury yacht charter in Turkey, which can also be tied in with a tour of the Greek Dodecanese Islands on a longer trip.

What are the major yachting ports in Turkey?

Bodrum and Marmaris are two of the larger port towns likely to feature on a luxury yacht charter in Turkey, whether for embarkation or dropping off guests. Bodrum’s two major marinas are capable of servicing superyachts, one of which has berths for vessels of up to 75 metres while the other has berths of up to 100 metres.

Marmaris has a number of superyacht marinas for yachts of up to 50 metres, 85 metres or 100 metres in length, depending on the location.

For many of the more remote destinations along the coastline, those on a luxury yacht charter in Turkey will likely remain at anchor while guests are taken to and from the shore by tender.

Looking to contact a yacht charter broker in Turkey?

YACHTZOO prides itself on privacy and trust for our charter clients. Booking a yacht charter in Turkey is no different. With the help of YACHTZOO’s dedicated Turkey yacht charter broker specialists, you can choose between the highest quality superyachts, a choice of itineraries and the best rates available.

Charter Destinations in the Mediterranean