Snorkel through a submerged ancient city

The Gulf of Naples is well known for the historical eruption of Mount Vesuvius and resulting destruction of the city of Pompeii, but few are aware of the mysterious wonders that lie under the water’s surface across the Gulf from the site of Pompeii, at a completely unique site like no other in the world.

The Underwater Archaeological Park of Baiae, also known as the Submerged Baia Park, is a protected area in the Phlegraean Fields to the west of the city of Naples that was once a favoured residential settlement for the aristocracy of the Roman Empire, having been founded by the Greeks in the eighth century BC due to its central location in the Tyrrhenian Sea, which made it strategically favourable for both trading and military needs.

Emperors and noble families built grand and luxurious seaside villas along this picturesque stretch of water and the Phlegrean Coast became a hotspot for high society, politics, finance and trading, not to mention culture and entertainment. But the volcanic nature of the territory meant that, over the centuries, much of this ancient city has slipped into the sea in a slow vertical movement. 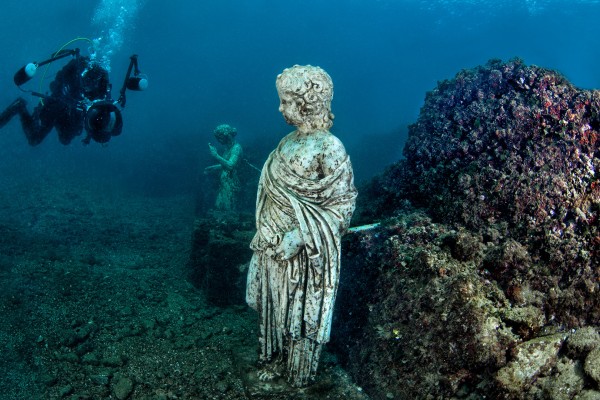 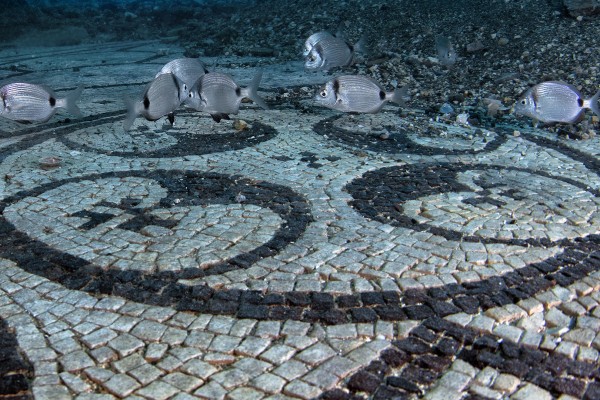 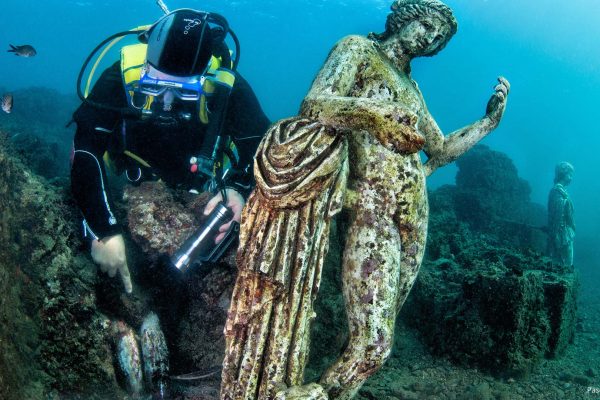 Today, you can pull on a snorkel, mask and a pair of fins to explore the beautifully preserved sights of this watery window into the past thanks to the Archaeology Diving Tours project. Experienced underwater guides will lead you on a customised tour down the submerged ancient streets, taking in the once buzzing thermal baths, the villas of celebrated wealthy families, the sacred nymphaeums (shrines dedicated to nymphs that were important to the Romans), and the port with its warehouses storing goods for trading.

Everyday details of the ancient civilisation will come to life before your eyes, with colourful mosaics, flooring and columns from opulent villas next to restored or replica statues discovered by archaeologists. Highlights of the tours include a stop at the famous nymphaeum of Emperor Claudius and the Villa dei Pisoni, a renowned Roman family that plotted against Emperor Nerone.

A trip to the Submerged Baia Park is a fascinating stop on any yacht charter in Italy, which will be sure to enthral every generation of your group.

Other experiences in Italy